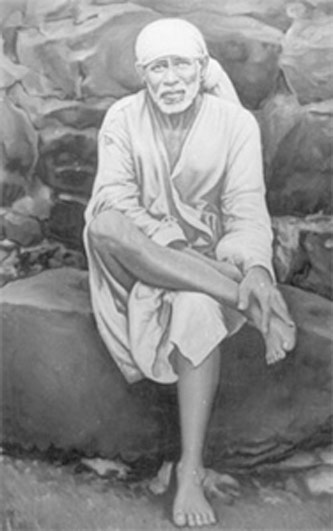 The extracts in this anthology are taken from Shri Sat Charitra. They comprise parts of Chapters in which the author, Shri Govind Raghunath Dabolkar alias Hemadpant refers to Saibaba his devotees and vision.

Shri Sai Baba is revered as one of the greatest saints ever seen in India, endowed with unprecedented powers, and is worshipped as a God incarnate. (SAI meaning Sakshaat Ishwar) - GOD THE ABSOLUTE

This mysterious Fakir first made his appearance in Shirdi as a youth and remained there throughout his long life. HE transformed the lives of those who met him and continuously is doing so even after his Samadhi in 1918 for those whose hearts are touched by his love and who pray and call him at any emergency in life for his blessings.

Baba stated that his mission is to “Give Blessings” without discrimination to all, and he proves it in myriad ways by healing the sick, saving lives, protecting the vulnerable, averting accidents, granting offspring, facilitating financial gain, bringing people into harmony within themselves and with each other and, above all, in effecting the spiritual evolution and transformation of those who came to him as the last resort.

Baba is, as one of his contemporary devotees put it, “The embodiment of the Supreme Spirit lighting the sadhaka's (seekers') path by His every word and action”.

To his devotees, Baba is nothing less than a GOD. This has been a matter of experience and not imaginary.

“I look on all with an equal eye”

An outstanding aspect of Sai Baba is that he is beyond distinctions of religion, caste or creed. He embodied all religions and preached the Universal religion of Love.

Devotees of all faiths find their meeting point in Sai and people from all communities and all walks of life are united by the great love and reverence Baba inspires in them. Baba had great regard for his hindu devotees and their Gurus and he responded to their needs and permitted worship according to the hindu and other religious rituals. At the same time his dwelling place was a Masjid (Mosque) and the name of Allah was ever on his lips. HE described himself as in Service to GOD (ALLAH) and as a soul ever remembering ALLAH -(YAD - A - HAKKA)

People today flock Shirdi in ever-increasing numbers to pay homage to the Divine and to experience the truth of Baba’s promise that He would be active in answering devotees' prayers even from his tomb. Like Ten Commandments BABA has given eleven assurances to humanity for welfare.

Baba said that he was a slave in the service of those who loved him that he was ever living to help those who turn to him and that he has to take care of his children day and night. He then taught values of total surrender to the Almighty Master (ALLAH MALIK EK- The only ONE) and experience his grace.

In coming to Baba’s Shirdi His children experience the truth how BABA unfailingly fulfils his commitments to his devotees by coming to their rescue in times of crisis. 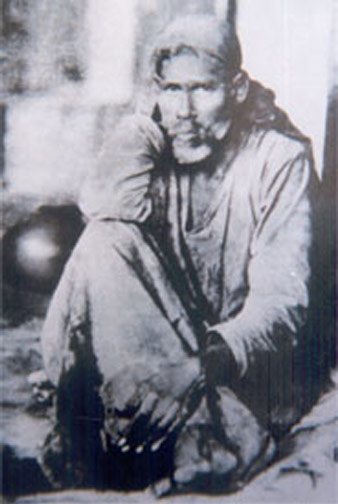 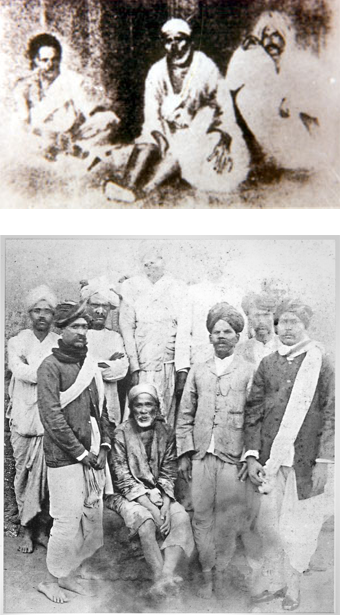 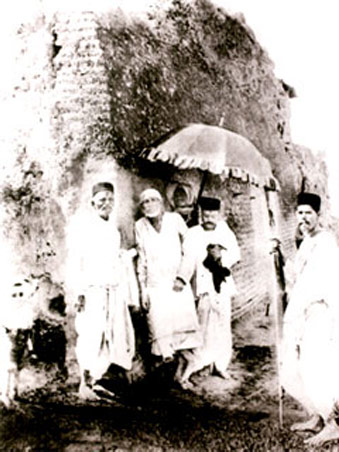 Sai Baba knew all yogic practices. He was well versed in the six processes including Dhauti, Khandayoga and Samadhi, etc. He demonstrated His mastery over yogic exercises many a time.

He celebrated the Hindu festival of Rama-Navami with all due formalities and at the same time permitted the ‘Sandal’ procession of the Mohammedans. He encouraged wrestling bouts in this festival and gave good prizes to winners. When the Gokul Ashtami came, he got the ‘Gopal-Kala’ ceremony duly performed and on Id festivals, he allowed Mohammedans to say their prayers (Namaj) in his masjid.

Once in the Moharum festival, some Mohammedans proposed to construct a Tajiya or Tabut in the Masjid, keep it there for some days and afterwards take it in the procession through the village. Sai Baba allowed the keeping of the Tabut for four days and on the fifth day removed it out of the Masjid without the least compunction. He allowed all the devotees to celebrate festivals at Shirdi according to their preferences and the various religious in vogue adopted by them. In Baba's Masjid except a garlanded wall there is no image or photograph of any deity.

If we say that he was a Mohammedan, his ears were pierced (i.e. had holes according to Hindu fashion). If you think that he was a Hindu, he advocated the practice of circumcision (though according to Mr Nanasaheb Chandorkar, who observed him closely, he was not himself circumcised. Wide article in Sai Leela on "Baba Hindu Ki Yavan" by B.V. Deo, page 562). If you call him Hindu, he always lived in the Masjid; if Mohammedan, he had always the Dhuni - sacred fire there, and the following things which are contrary to Mohammedan religion, i.e., grinding on the hand mill, blowing of the conch and bells, oblation in the fire, Bhajan, giving of food, and worship of Baba’s Feet by means of ARDHYA (water) were always allowed there. If you think that he was a Mohammedan, the best of Brahmins and Agnihotris, leaving aside their orthodox ways, fell prostrate at his feet. Those who went to make enquiries about his nationality were dumb-founded and were captured by his Darshana. He gave visions of all the respective Gurus and deities according to devotees choice whether expressed or hidden. Baba, when asked about his creed, to that he belonged to Saint Kabir's creed.

So none could definitely decide whether Sai Baba was a Hindu or a Mohammedan. This is no wonder; for he who completely surrenders himself to the Lord, by getting rid of his egoism and body - consciousness thus becomes one with him, and has nothing to do with any questions of caste or nationality. Such a one as Sai Baba was, saw no difference between caste and among beings and beings. He took meat and fish with Fakirs, but did not grumble when dogs touched the dishes with their mouths. Thus Sai Maharaj was beyond all personal references, time and space dimensions.

Such a unique and wonderful GOD incarnation was Sai Baba.

[* Note--(1) Mhalsapati, an intimate Shirdi devotee of Baba, who always slept with Him in the Masjid and Chavadi, said that Sai Baba told him that he was a Brahmin of Pathari and was handed over to a Fakir in his infancy, and when He told this, some men from Pathari had come, and Baba was enquiring about some men from that place. [Vide Sai Leela 1924, Page 179. (2) Mrs. Kashibai Kanitkar, the famous learned woman of Poona says in the experience No.8, published on Page 79, Sai Leela Vol. 11,1934, - "On hearing of Baba’s miracles, we were discussing according to our theosophical convention and fashion whether Sai Baba belonged to black or white lodge. When once I went to Shirdi, I was thinking seriously about this in my mind. As soon as I approached the steps of the Masjid, Baba came to the front and pointing to His chest and staring at me spoke rather vehemently -"This is a Brahmin, pure Brahmin. He has nothing to do with black things. No Musalman can dare to step in here. He dare not." Again pointing to his chest - "This Brahmin can bring lacks of men on the white path and take them to their destination. This is a Brahmin’s Masjid and I won’t allow any black Mohammedan to cast his shadow here."]

Sai Baba is widely regarded as an incarnation of God, but he always said that he was an obedient servant of God. Though an incarnation he showed the people the way how to behave satisfactorily and carry out the duties of their respective stations (Varnas) in this life. He never emulated others in any way, nor asked others to have something done for him. For him, Who saw the Lord in all movable and immovable things of this world, humility was the most proper thing. None he disregarded or disrespected; for he saw Narayan (Lord) in all beings, he never said, "I am God," but that he was a humble servant and he always remembered him and always uttered - "Allah Malik" (God is the sole proprietor or Owner). By his thoughts and worldly behavior He established ideal values and virtues of faith, patience and humanity. One should concentrate on and do faithfully one's duties assigned to him/her by GOD and wait patiently for the results (fruits) of his action (Karma) because the effect of any cause is always determined by GOD. 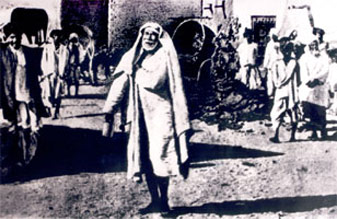 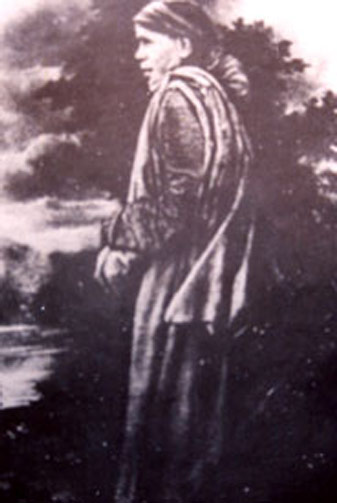 The Samadhi Mandir Complex was completely renovated and Sathe Wada was demolished.

23rd August 2004 New Board of Trustees of the Sansthan was appointed with Shri JM Sasane as the Chairman.